Our core competencies in sustainable waste management and environmental design to deliver comprehensive, customized solutions for each client. Whether your company is a sustainability pioneer looking to extend and leverage its leadership or a newcomer just thinking about how to integrate sustainability, our disciplined, proven approach enables us to design a solution specifically tailored to your needs. 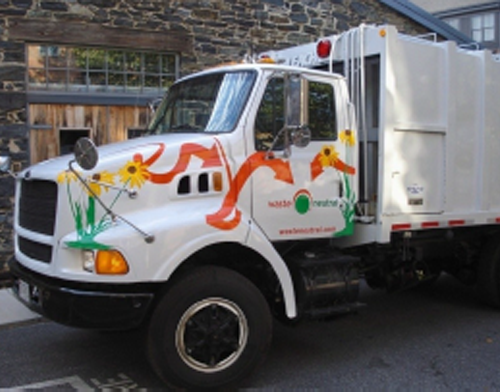 While no two engagements are the same, we offer a wide range of well-defined services to help businesses improve, and profit from, sustainability.

Since our inception Waste Neutral has incorporated Corporate Social Responsibility into our business model and service offering to our clients. One of our most popular services is the Compost Credit program. For every ton of food waste we haul for a client they will receive a “compost credit”. Each credit earns them a 40 lb bag of compost that we deliver periodically throughout the year. Our clients use them on their premises in landscape and planter projects or donate them to a community garden of their choice, often in one of the economically challenged neighborhoods in Baltimore.

Our Waste Managemenet solution includes collection of pre and post consumer food waste from restaurants, commercial properties and institutions to be recycled as compost and consulting services for recycling of commercial-sector wastes.

In the recycling field, operations are focused on innovative services dealing with all aspects of recyclable materials such as paper, cardboard, aluminum, plastic, metal, wood and timber, and bio-wastes. 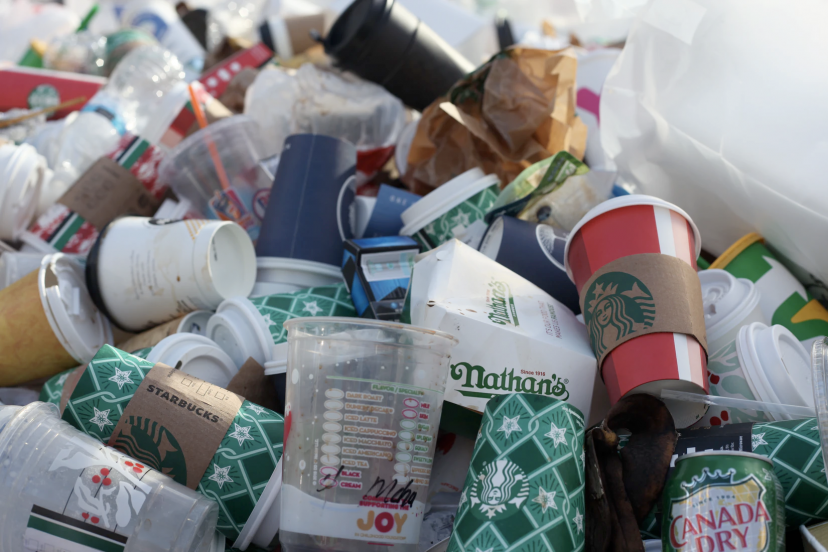 “They [WasteNeutral] were able to fill an important gap in our sustainable waste management. Waste Neutral seamlessly educated our staff and implemented waste stream separation that allowed us to advance our sustainability goals by having our food waste composted. Our faculty and students love it.” 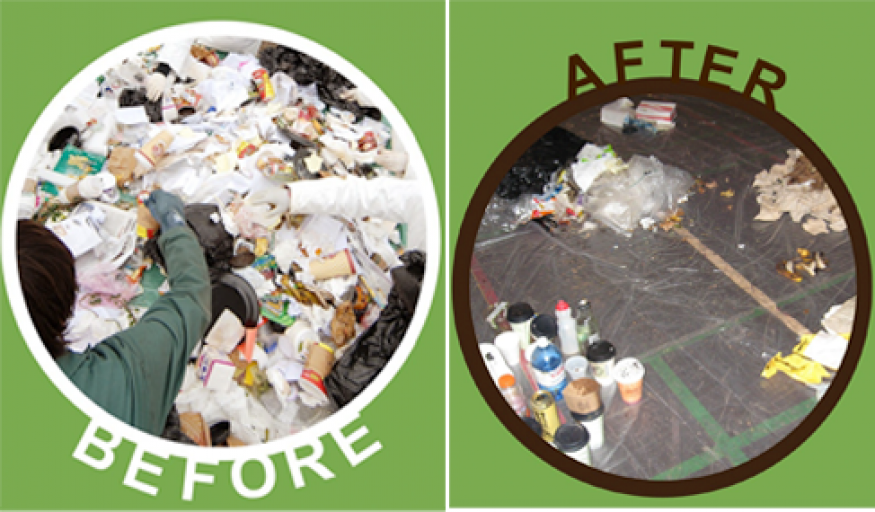 Do you know what and how much you throw away? We do. When we conduct a waste audit, we will identify exactly how much and what kind of garbage and recycling moves through your waste stream.

Our complete waste stream audit report will identify ways that you can divert waste from landfills/incinerators and improve recycling practices. For those in the process of becoming LEED certified, the waste stream audit fulfills MR Credit 6 of LEED ED: O & M (1 point). No matter the reason, conducting a waste audit is the first step to ensure that you are an environmentally responsible corporate citizen when it comes to solid waste.

A waste audit is a formal, structured process used to quantify the amount and types of waste being generated by an organization. Information from audits will help identify current waste practices and how they can be improved. Being waste-wise can mean:

The waste audit approach to waste-resource assessment is an important first step towards a comprehensive waste reduction program for your organization. It will help you and your organization assess your current generation of solid waste and to plan the changes necessary to comply with internal and external regulations. A waste assessment can be an extremely valuable experience to a forward-thinking organization. By following this visual estimate approach your organization will be in an excellent position to implement a sound Waste Reduction Action Plan and help turn waste into resources.

The audit's objectives will largely determine the waste types and physical locations to be audited. Some examples of audit objectives could be:

A waste audit was performed on 2/25/10 at Waste Neutral’s audit site to identify opportunities to divert waste streams from landfills and to determine further source reduction opportunities. All waste was extracted from XYZ Inc. on 2/22/10 and taken to our facility for inspection.

The audit date was chosen to reflect waste production during typical operations. Tenants were not told of the audit and waste extraction was coordinated through property management. Waste was continually collected for a twenty four (24) hour period beginning 2/19/10. Given the date of collection and the nature of operations at the facility, this is assumed to be a representative sample.

This property utilizes two waste collection containers; An 8yd container for single stream and an 8yd container for misc. solid waste. Both containers were emptied for this sample and a Waste Neutral, waste sorter audited both the diverted and nondiverted waste streams.

The audit covered 775.5 pounds of waste. 52.2% of this waste had been successfully diverted into recycling streams by occupants, and 47.8% was headed for landfill. Of the 370.5 pounds destined for landfill, 314 pounds were eligible for recycling had they been properly sorted. An additional 40.5 pounds of bathroom waste consisting largely of paper towels could also be reduced by air dryers or an organics waste collection program. Sorters did not recover any batteries and one fluorescent bulb, indicating the recycling programs for these materials have been effective in preventing their entry into the landfill waste streams. Table 1 provides a summary of waste amounts associated with each material type. Of the material types sorted during the audit, mixed paper was the most prevalent recyclable materials by weight, followed by cardboard.

Three unique waste streams that contribute to the facility’s overall recycling rate were not included or significantly impacted the audit. The first two; batteries and fluorescent bulbs which are part of the audit categories were basically non existent (one bulb) due to an existing recycling program for these materials. Third, landscaping waste is composted off site by the contractor and does not enter any waste collection facilities. In all three instances, these recycled waste streams are completely isolated from landfill streams and have a 100% recycling rate.

With a total weight of 382.5 the mixed paper was the largest amount collected but the majority was not being diverted. Due to the large amount of mixed paper in the landfill stream we would deduce that there is not a formal recycling program for tenants. There was also a significant amount of construction and development (C&D) waste found in this sample; mainly consisting of ceiling tiles and painting supplies. Additionally, since a majority of the cardboard was not broken down we found that while it occupied the most space by volume, it only represented 20.2% of the total waste stream by weight.

Diversion Improvement: The greatest opportunity for improving the overall recycling rate is an enhanced education and communication campaign for office tenants. This property does offer its tenants an office paper recycling program through Vangel. We recognize that there are limitations to controlling voluntary behavior but believe that an effective campaign will move the dial here considerably. This also applies to glass, plastics and metals where almost the same amount was being captured for diversion than was not. The majority of wet waste (food/ general organics) was also being landfilled. A food waste (composting) program would remedy this if this service is available in the area.

Source Reduction Opportunities: Breaking down the cardboard would considerably reduce the space it is currently occupying in the single stream container and should reduce the amount of times it is serviced, thus reducing costs. The C&D waste while not overly heavy also took up volume and if the work is being done by outside contractors you may want to consider requiring them to take their waste with them.

A considerable amount of disposables was found in the miscellaneous landfill waste that more than likely came from the food service operations. If disposables were compostable a food service hauler can divert a majority of this waste. The majority of the restroom waste was made up of disposable paper towels. In some cases the food waste haulers can take napkins and paper towels thus providing the opportunity to reduce the restroom waste if properly separated. Another option would be to invest in electric hand dryers.

XYZ Inc. currently has a satisfactory recycling program for a variety of material types. The audit indicates that recycling for cardboard, fluorescent lamps, and batteries is highly effective and these programs should be maintained. Opportunities for enhanced waste management practices include the following diversion and source reduction strategies:

"After some initial concern that our high volume operation would not easily adapt to a new system of disposal & recycling, we nevertheless decided to team up with Waste Neutral. And it was definitely the right decision. Waste Neutral not only provides reliable service, but has enabled us to reduce our disposable waste by more than fifty percent. This restaurant by-product would have normally gone to a landfill. Our entire staff is excited about being part of such an innovative system that reduces waste and provides compost, enriching our local gardens. Waste Neutral is a win-win for all.“

The Balance of Business and Nature

Waste Neutral provides waste neutral solutions for commercial and institutional applications by evaluating your business processes and waste streams to deterrrine if there are cost effective alternatives to divert needless waste from going to the landfill.

Restaurant food discards make up about 40% by weight of your total waste stream and in Maryland approximately 17% of wastes disposed consists of food. This represents almost a million tons

Composting provides institutions with a method to dispose of a large portion of these waste streams in a way that benefits their bottom line and the environment. By composting, an institution avoids high per ton incineration or landfill disposal cos1s for these dense and heavy materials. Using compost on-5ite can save the grounds department money by reducing their need to buy mulch, fertilizer, and pesticides, since compost improves soils water retention, aeration, and adds lost nutrients.

Every day tenants, customers and employees are looking for more responsible business practices in the places they work, play and shop. WasteNeutral will show you how to recalibrate your operations to be more environmentally friendly and socially responsible. We will evaluate all of your waste streams and current infrastructure to determine the most cost effective options for your property

For event organizers, managing this waste (otherwise known as refuse, garbage, or trash) can represent a significant cost, consume many volunteer or staff hours, and presents problems with unsightly litter and nuisances. Much of this material can be recycled or composted, or avoided altogether. In addition to the specific economic and environmental benefi1s of reducing the amount of waste going to disposal, special events are an ideal forum for promoting recycling by demonstrating that recycling is possible.